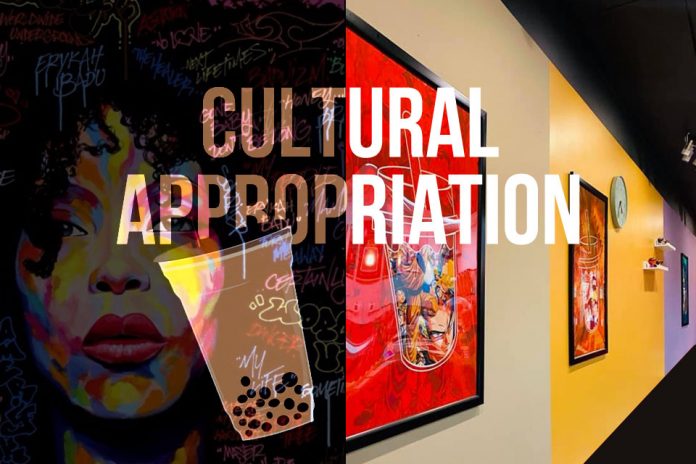 A black American woman ranted at an Indonesian-owned “Trap Tea store” in Aurora, Colorado. Alewia Tola Roba accused the Asian owners of “stealing black culture.” Another black customer tried to mediate. Aleiwa called him a “coon.” She said the following:

According to Westword website, another black expressed deep anger over the use of “trap culture.” Shanae Jones of Ivy’s Tea Co. explained that the word “trap” pays homage to African black culture.

Trap Tea store specializes in “boba tea” drinks. To evoke fun, its design is a mix of cultural influences. The name refers to trap music and culture, which originated with Black people in the South.

Boba tea called initially “bubble tea” (because the tapioca pearls looked like bubbles). “Boba” is short and slang for “Bubbles” in America. Bubble tea originated from Taiwan in the late 1980s.

A strong, black Muslim woman went inside the new Trap Tea business in Aurora, Colo. on Friday and confronted the staff. A black customer tries to defend the business & is called a racial slur by her. pic.twitter.com/uejQ6nC8cr