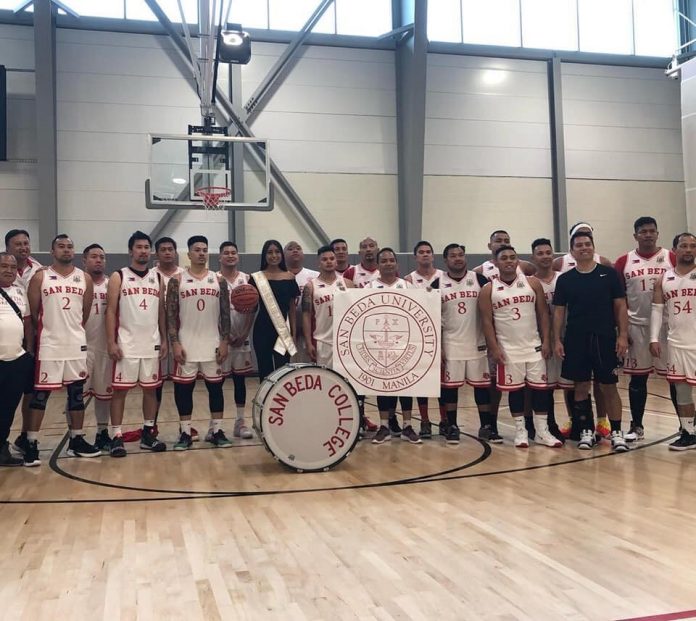 From Basketball Superstardom to U.S. Front liner: A Story of Struggle and Success

Arjun stared blankly at the parquet floor where his 5-year-old son Maddox was practicing dribbling the basketball, and after a short while, he spoke. “I had a blessed life overall. I admit it did not go as I originally planned, but as it turns out, God had better plans for me.”

The “plan” that Arjun Cordero was talking about was playing for a team in the Philippine Basketball Association, and then take the league by storm. It would be easy, he thought, because he had done it while playing for the San Beda Red Cubs, and eventually the Red Lions at the National Collegiate Athletic Association in the Philippines. He played there from 1999 to 2005.

Arjun began his playing career with Notre Dame of Greater Manila, where he was spotted by then San Beda coach Ato Badolato. He then quickly packed up his bags and transferred to San Beda for his Senior High year, where he quickly made a name for himself.

As a rookie Red Cub, he won it all

He was named Rookie of the Year and Most Valuable Player while leading his school to the Juniors level championship. The future was indeed looking bright.

He quickly received offers from other top universities, most notably the Ateneo de Manila University.

“I was intensely courted by Ateneo, from Father Caluag to their star players at the time like Enrico Villanueva and Rich Alvarez,” Arjun recalls.

Despite the offers, Arjun stuck with San Beda, where he would eventually get the moniker “Lion King”. He was the team’s leader, best player, and heart and soul for four years. “My only regret is that I wasn’t able to lead the school to a Seniors championship.”

Setting his eyes on PBA

After graduation, it was time to move on, and he set his sights on the PBA, confident that with what he had accomplished in the NCAA, he would be picked high in the draft. He could not be more wrong.

He expected to be picked among the top 10 by a team in the draft, possibly even being drafted first. But as player after player got picked, he found himself still waiting in the draftee’s waiting room. It was proving to be a nightmare!

His fears once thought impossible, became a reality when the show host announced that teams would not be drafting any more players. “It was a big blow to my ego. I never thought it would happen,” Arjun said. “I was so down and depressed after that, it’s hard for me to function well.”

It was a big blow to my ego. I never thought it would happen.

Leaving for the US

He then picked up other jobs after college. Jobs that were not on his radar just a few months ago. He sold condominium units in the streets of Taguig, Metro Manila, but it was not what he wanted to do. That is why when a close friend gave him an opportunity to leave for the States in 2007, he grabbed it.

He landed in California, where here resolved to turn things around. “I went to study nursing, and I studied hard, which was something I did not do in San Beda as a basketball player. It was all basketball for me at that time, but here I had to focus on studying.”

If not for God’s intervention

To finance his studies, he took side jobs by caring for the elderly, something that he enjoyed, surprisingly. It was a lot of hard work, but Arjun was determined to see it through.

Today, Arjun is a full-fledged Registered Nurse in California with his wife Andrea and Maddox. “If it were not for God’s intervention, nothing would happen to me. Now, he gave me a new life, with a wonderful family. I could not ask for more. Had I played in the PBA, I would have been washed up by now.”