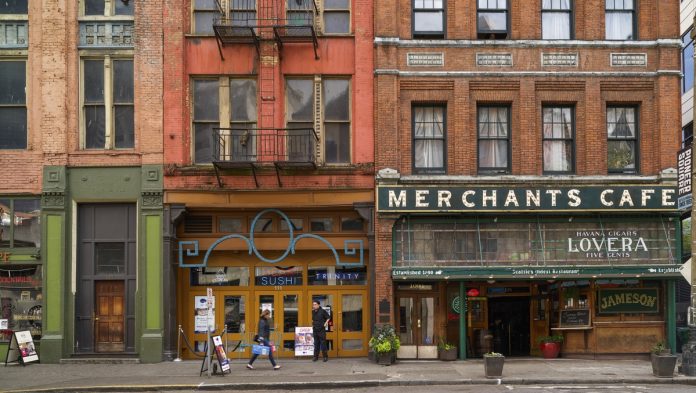 With more progressive laws, the once beautiful city of Seattle may not be a safe place to live—at least for now

For decades, Seattle has been known as the nation’s most liberal city. It is one of America’s major tourist destinations. With its location, weather, and mammoth tech industry, the city is racially and economically diverse population.

Although the median household income remains high, more than 25% of households made less than $50,000 a year, including 9% who earned less than $15,000 per year before the pandemic.

The same trend is observed in the Democrat cities of New York, California, and Minneapolis, the poster child of progressive laws.

1. Seattle struggles with poverty and its growing homelessness

According to the Seattle Curb website, Seattle’s high-poverty neighborhoods have doubled since 2000. In a 2019 survey, more than 11,000 people were experiencing homelessness on a given night in King County, including more than 5,000 living unsheltered. [Seattle PI]

In 2020 the left liberal city Mayor embraced the progressive ideals of Black Lives Matter. She welcomed the occupation of protestors who declared the autonomous zone in the city.

Capitol Hill Autonomous Zone or CHAZ was an occupation protest and self-declared autonomous zone in the Capitol Hill neighborhood of Seattle, Washington, in 2020.

BLM supporters had films, live music, food, and speeches. A “No Cop Co-op” was formed. The Mayor called CHAZ” ‘Summer of love.’

Soon, crimes spiked in the neighborhood, and when the Democrat Mayor refused to break it down, President Trump threatened to ‘take back the city.’ Mayor Durken replied, ‘Go Back To Your Bunker.’

In the same year, the Seattle City Council voted 7-1 to cut its Police Department’s budget. Seattle defunded the police again in 2021. According to a WSJ opinion, voters have rejected lawlessness, but the City Council isn’t listening.

Crime surged recently, with shootings increasing 46% in 2020, according to an annual report by the Washington Association of Sheriffs and Police Chiefs. [Daily Caller]

3. Drug is a huge problem

Seattle’s public transit has become “unusable” due to clouds of meth and fentanyl. In 2022, Amazon relocates some of its employees from the Seattle downtown office on 3rd Avenue and Pine Street. [KOMO News]

Amazon relocates some of its employees.

A sharp increase in violent crimes and the fentanyl crisis in Seattle have caused many businesses to begin relocating—at least temporarily.

As FB goes Meta—Parler could be the new Facebook...
Opinion

Trans athletes who are born male are now allowed...