The politicization of Christians in the Philippines 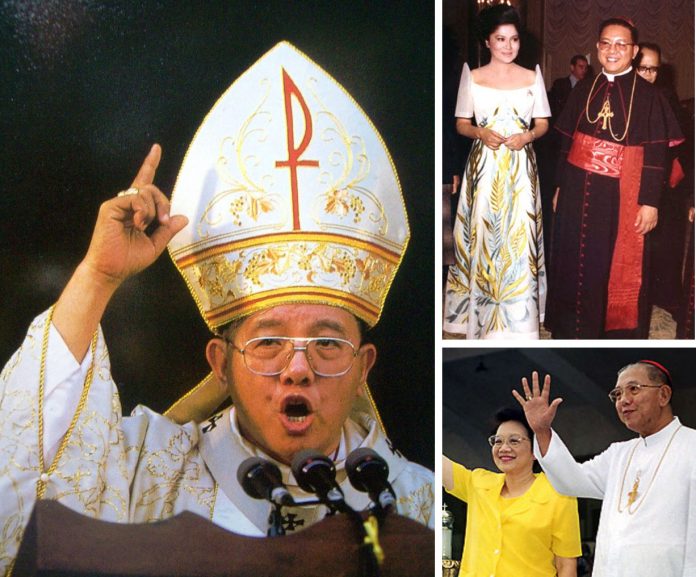 The politicization of Christianity in the Philippines

1. Friars controlled the government and religion

The Catholic church practically ruled the country during the Spanish era. Friars had so much control of governing daily life, just as it was in the old testament. Aside from education and religious activities, friars had administrative authority.

When the country gained independence from Spain, the Independencia Iglesia church (Aglipayans) eliminated the powers the Catholic church once held to control the government and religion.

THE COLORFUL POLITICS OF PHILIPPINES.

2. The Catholic clergy during Marcos

The Catholic church, especially during the Marcos era, had become critical of government evil and corruption. Their confirmation bias exists today and has influenced evangelical Christians in the Philippines.

Cardinal Sin openly rebuked Marcos and was responsible for encouraging citizens to fill EDSA. There is no doubt that the Catholic clergy was responsible for the People Power revolution. The EDSA Shrine honoring the “colossal Mary” stands as a testament to it.

Not everyone is a prophet, nor are there more than 12 apostles

God called prophets to support or rebuke kings in the past. But today, nearly the entire clergy think they are called for the same purpose.

Today, we see the same pattern. From Bishop Socrates Villegas to priests, homilies are at times aimed at criticizing the government.

Iglesia ni Cristo (INC) leadership believes that the church should not participate in politics. However, they have been backing up candidates since 1935 and have become the predictor of who will be the next president.

They have been a staunch supporter of Marcos since 1965 and endorsed Bong Bong in 2022. Out of 14 candidates that INC formally backed, 12 won. Currently, they have a solid 2.6 Million votes on whoever the leadership will “endorse.”

Of course, they do not call it an endorsement or bloc voting but a “unity vote,” which means they vote as one church since the body of Christ is but one. INC does not support or endorse any candidate.

Once the decision is released to the Church, there are no political colors decorating its chapels and houses of worship. Its leaders do not talk about politics, nor do members campaign for a particular candidate. The church respects the separation of church and state.

Since President Duterte came to power in 2016, the increased threat of liberal laws like the SOGIE Bill and the universal access to birth control again triggered the Catholic church to criticize the government. Evangelicals, led by PCEC, together with CBCP, unite.

In the May 2022 election, Christ Commission Fellowship (CCF) leaders with PCEC led the “Christian Values Movement” (CVM). On the outside, one would think CVM is about value formation, but not exactly.

It’s a movement that features only three political candidates. It did not include the presidential tandem of Bong Bong Marcos and Sara Duterte.

Iglesia Ni Cristo and El Shaddai were solid on Marcos Jr.; CBCP lay groups are for Robredo, a devout Catholic; CVM has Pacquiao, Lacson, and Robredo to choose from. Other denominations avoided any form of endorsement.

“Politics should be discussed”

At the height of the 2022 presidential election, CCF, through Christian Values Movement, actively promoted the presidential interviews of Pacquiao, Robredo, and Lacson, removing two other candidates. Its Senior Pastor, Peter Tan Chi, also said, “Politics does not divide… instead should be discussed.”

He justified it by quoting Edmund Burke, who supposedly said, “The only thing necessary for the triumph of evil is for good men to do nothing,” which Burke never said. [Reuters]

“Shame on us, politics should be discussed… these are important topics. Many Christians are brainwashed into thinking politics is dirty; you don’t get involved; that is a lie.

If you study church history, you can see how Christians who entered politics have transformed their nation.

Amazing laws were passed by Christian presidents and leaders. We are the “light of the world and salt of the earth,” he said. [Work to make a difference, 3.27.2022]

Politics does not divide, Peter TanChi.

True, a few Christian politicians paved the way for social justice, but it does not mean God calls every Christian to discuss political matters. Moreso, pastors are not called to rebuke civil authority but to preach and disciple.

Discussing politics is healthy for open-minded people. The problem, rarely does it happen. A perfect example is the supposedly “matured Christians” from CCF who have been criticizing and bashing those with different political beliefs since the 2016 election.

5. Confirmation bias on the separation of the church and state

Provisions of the 1935 charter assured that religious freedom shall be forever allowed. In 1973, the new constitution included the separation of church and state clause.

These are enough assurance that Christians in the country will have the freedom to expand the Gospel of Jesus, not the freedom to meddle in how the government is run.

In 2014, a CCF pastor, through a circulated email, said that the ‘separation of church and state clause’ in the constitution is man-made, therefore, errs. His logic was the very reason the clause was included.

Pope Francis is not a fan of clergies getting involved in politics. In 2021, he said that “Bishops should be pastors, not politicians.” The Vatican warns U.S. bishops about rebuking POTUS and other politicians. [CNN]

The Philippines is no different. In 2005, the Vatican pressured the Catholic Bishops’ Conference of the Philippines (CBCP) not to support protests calling for the resignation of President Arroyo, according to the anti-secrecy group WikiLeaks.

The Vatican did not support popular uprisings as a method to remove a government, according to a cable sent by Brent Hardt in 2007. He was the deputy chief of mission and charge d’affaires of the US Embassy to the Holy See. [ABS-CBN]

Scripture is clear. Paul said, “Everyone is subject to the governing authorities God established” (Romans 13:1-7). At the time he wrote it, he recognized the authority of the Roman empire despite knowing they were evil, heathens, and pagans.

Manila Times author and Catholic priest, Fr. Ranhilio Aquino admits that it was unfortunate that the clergy waded deeply into partisan politics—despite clear magisterial and papal pronouncements in keeping lines clear between moral and doctrinal requirements of a just society.

“… open endorsement of candidates, some bishops and priests made the contest between Robredo and Marcos a choice between good and evil!” he said in 2022.

Bishops should be pastors, not politicians, Pope Francis.

WHY FILIPINOS WANT MARCOS TO RETURN.

JP Makasayan, who heads CVM, conflates church and government roles by stating that the constitutional mandate of the ‘Separation of Church and State is subject to error.

“This is not a scriptural law since it was not a law established by God; this must have been established by man, which makes it subject to error… And what is not godly wisdom the Bible calls worldly,” he said in an email that circulated during the 2004 election.

The same error could be applied to CVM because it was established by a group of men who use scriptures to fit what obviously is a politically motivated movement, at least for now.

“As CCF leaders prayed and committed to CVM to God’s will, I and many others did too. I find no scriptures to support what they are doing. I have complete peace for denouncing CVM,” said a former CCF D-Group leader.

“…When the church confuses spiritual and political convictions, it is tempted to use political power to forward a “spiritual” agenda… That assumption leads the church into trouble.” [Don Ratzlaff, 1993]

WHAT HAPPENED TO THE PHILIPPINES.